Ada Ciganlija is a beach located on a long river island, four kilometers away from the confluence of Sava and Danube. The area had been listed as a natural treasure in 1821 and it remained so ever since. Today this is a popular cycling and rollerblading area with a long track which reaches all around Sava lake.

There are many cafes and restaurants as well and as the area has its own micro-climate of sorts which is several degrees below the worst summer heat, it is a popular place to cool off during the hottest days. There are also many sporting facilities for all kinds of sports. Ada in general is famous as the center of many of Belgrade’s sporting activities. Some of the sport centers include tennis, volleyball, beach volleyball, water polo and basketball courts, paintball, rugby, and soccer fields, roller-skating and cycling paths, artificial skiing and snowboarding slopes, fishing, canoeing, chess, cable skiing, rowing, bocce facilities and many, many more sport-related activities.

It is interesting to note that even though this area exists near the center of Serbia’s largest city and capitol, most of it is forested and populated by wildlife such as foxes, rabbits and roe deer, as well as bird species, common and rare. Most notably the extremely rare Pygmy cormorant winters in Serbia in large numbers, precisely on this peninsula. Fishing enthusiasts can feel at home in “Ada safari” which is an area specially adjusted for fishing (with a permit). 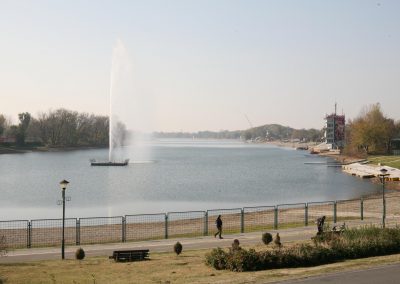 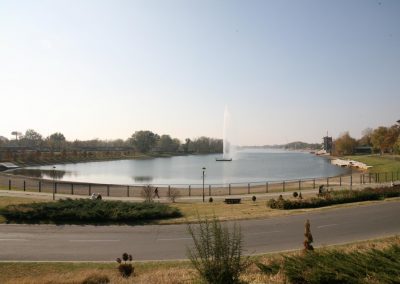