The Belgrade Zoo is yet another one of those ‘must-see’ location for the simple fact that it is ‘bunched’ together with the other two most beloved locations in Belgrade – Kalemegdan and, leading up to it, Knez Mihajlova main street.

The entrance fee is very affordable and provides unlimited enjoyment of over 2000 animals housed there, representing around 300 species. This Zoo holds up to high standards and the animals are well cared for. It also serves as a home to a number of vulnerable, endangered and critically endangered species.

Famously, thanks to the name of its city – Belgrade (literally translates to ‘white city’) – the (now deceased) director of the zoo Vuk Bojovic had decided to collect albino animals. Therefore today Beo (white) Zoo is the home of a number of rare white variations of many species including lions, tigers, snow leopards, American bisons, wallabies and skunks as well as arctic wolves, polar bears and other various white animals. The most famous denizens of the zoo include Muya (world’s oldest alligator), Gabi (the dog who saved a guard from a jaguar) and Sammy who is practically the city’s mascot, famous for twice escaping the zoo so far. 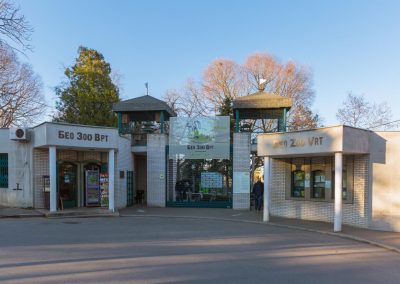