Segway is a fun way to cruise around the beautiful city of Belgrade. On this tour you will get the chance to see some of the most popular sites such as Kalemegdan park, “The Victor”, Roman well, and so much more. Come join us for an epic adventure through the capital of Serbia.

Belgrade is one of Europe’s finest and most fascinating cities. This capital effortlessly blends both ancient and contemporary vibes. On this tour you will get the chance to see some of the most popular sites such as Knez Mihajlova Street, Kalemegdan park, “The Victor”, Roman well, Nebojsa tower and so much more. Join us for this exciting tour!

Many people know that Theodor Herzl is the founder of zionism. But did you know that his father was originally from Zemun, Belgrade?

Before WWII, along with Sofia, Belgrade was the only capital city in Europe where Jewish people were not living in the ghetto, but freely with all the other citizens.

The influence of German culture in Belgrade can primarily be seen in architecture.

The best example of that is the oldest German house in Belgrade (built during the Austrian rule). Apart from visiting this monumental building, you will get to see the place where the last German emperor once stood.

If you are curious to know which Austrian and German emperors have resided in Belgrade, join us on this unique tour!

• Our street got its name after the famous marshal of the Red Army which liberated Belgrade and Serbia from Nazi occupation.

• Republic square and “Albanija” palace.
Next to this once-tallest building in Belgrade, we will learn all about the fight of the Red Army and the Yugoslavian partisans in October 1944, and the key moments of the famous battle that occurred right in front of the “Albanija” palace.

• Hotel “Moskva”
This is the oldest hotel in Belgrade, name after the capitol of Russia. Some of the most influential guests of Belgrade and Serbia have stayed at hotel “Moskva” since 1906.

• The monument dedicated to the last Russian Emperor, Nikolai Romanoff II.
The Serbian people owe a massive debt of gratitude to this Emperor because he saved our army and our people from doom in WWI, which is stated on the sign on the monument. Nearby, we will see the “Aleksandrov” park, which was named in honor of the Russian Alexandrov Ensemble following the airplane crash tragedy involving its members. There is a memorial panel there in memory of the first Russian emissary in Serbia in the 19th century.

• Russian church in Tasmajdan
This is the resting place of the “Black Baron”, general Wrangel. After the Revolution in 1917, thousands of “white” Russians arrived in Belgrade and they were welcomed with full familial hospitality by the Serbian people. Those “Whites” built the Russian church in Belgrade.

• Monument dedicated to Krasnow.
The famous Russian architect who found a new home in Serbia after the Revolution in 1917. He repaid the city by projecting many beautiful palaces and buildings.

* Discounts are available for groups, please contact us via phone or e-mail.

What better tour could a couple wish for than a Romantic Segway tour?

You are on a holiday and can’t wait for long walks around the city with your loved one. Except, your partner is tired of walking and wants to rest. Sounds familiar?

If you choose a Romantic Segway tour, you won’t have that problem. You will get to see more in less time and have fun with your partner. On this tour you will pass under 6 Belgrade bridges and enjoy Belgrade scenery. Join us!

What do you get when you mix two cultures into one? One epic Segway tour.

On this oriental tour you will see Mehmed Pasa Sokolovic’s fountain, the place from which he embarked on to conquer Budim, the place where Sultan Selim III was enthroned and so much more. Join us for an epic adventure!

• Includes everything from the tour “Russian Mark on Belgrade”, but continues past the Krasnow monument towards the cemetery of Belgrade’s liberators from 1944 where almost 1000 Red Army soldiers were buried alongside around 2300 Yugoslav partisans.

• Return to the starting point

* Group discounts are available, please contact us via phone or e-mail 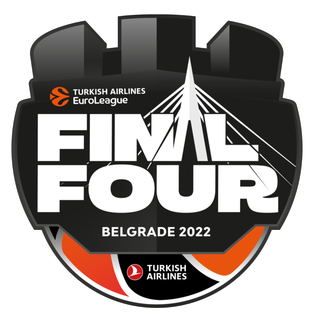 Welcome to the country where basketball is more than just a game.
The country and nation who were World and Europe champions in basketball many times over.
Where people love and live for this game.

Belgrade, our capitol, is a city of rich history, where many nations of Europe passed and left their mark.
Today, Belgrade is the European capitol of fun, party and night life.
Follow us on our tours, and you will find out all about that.

• Belgrade Fortress (Byzantine period included)
• Oldest house in the main street of Belgrade named “Greek Queen“
• Main street and main square in Belgrade
• Monument to Rigas Feraios
• A dungeon tower where Rigas was killed by the Ottomans
• Street that carries his name in Belgrade
• The Monument “Pobednik” – symbol of Belgrade
• Mural dedicated to a captain of Greek army who refused to go to war against Serbia during NATO agression 1999.
• Place where the first basketball game in Serbia was played
• Place where the basketball club Red Star was founded
• And much, much more …

• Belgrade Fortress (including the Ottoman period in Serbia)
• Turbe of Damad Ali – pasha
• Main street and main square in Belgrade
• The Monument “Pobednik” – symbol of Belgrade
• Istanbul gate
• Zyndan and Defterdar gate
• Fountain dedicated to Mehmed – pasha Sokol
• Place where the first basketball game in Serbia was played
• Place where the basketball clubs Partizan and Red Star were founded
• And much, much more …

We can create a completely custom tour for you and up to 9 people. Maximum lenght of the tour is 3 hours.

Get in touch with us: